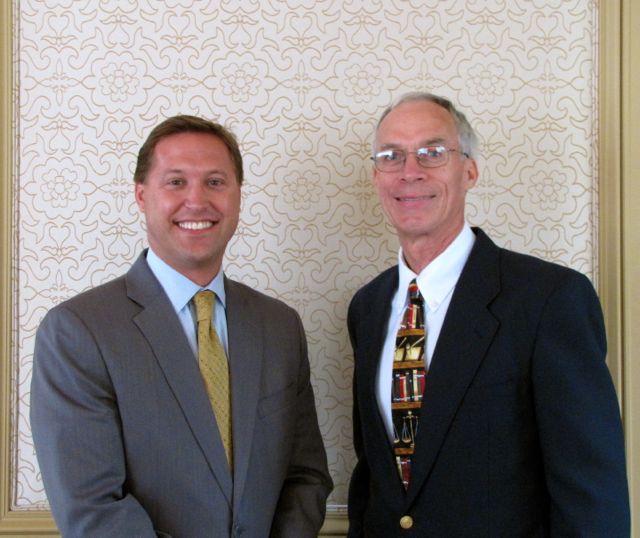 The Illinois State Bar Association's Board of Governors elected a new secretary and treasurer at its meeting Friday in Chicago.

John Nisivaco (left) will serve as secretary. Nisivaco is a partner with the Chicago firm of Boudreau Nisivaco LLC. In 2011, he was elected to the Board has been elected to the Assembly three times. He has also served as chair of the ISBA Tort Law Section Council. Russell K. Scott of Belleville served as secretary for 2011-2012.

Judge Stephen Pacey (right) of Paxton was named treasurer. He is serving his sixth year on the Board and has been a Ford County circuit judge since 1996. He has served on the Assembly and a multitude of committees and sections during his 38 years as an ISBA member. He was preceded as treasurer by Karen A. Enright of Chicago.

The Board welcomed new members Charles Y. Davis of Springfield, Jean A. Kenol of Joliet and Sonni Choi Williams of Peoria. Chicago attorney Mark Karno was appointed to the Board seat vacated when Umberto S. Davi was elected 3rd Vice President.

Posted on July 13, 2012 by Chris Bonjean
Filed under:
ISBA News
Chicago Area
Topic:
Board of Governors