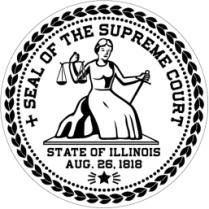 For a second time within a month, the Illinois Supreme Court was called upon to interpret the meaning of section 3-107 of the Local Governmental and Governmental Employees Tort Immunity Act (the Act) (745 ILCS 10/3-107 (West 2012)), in the context of bicycling accidents along shared-use paths or trails. In Corbett v. The County of Lake, 2012 IL 121536, decided in November, the court construed subsection (b), whereas here the court construed subsection (a). In both cases, the court found section 3-107 inapplicable, although this case drew a dissent, but for a different reason.

Section 3-107(a) of the Act provides blanket immunity for injuries caused by a condition of a “road which provides access to fishing, hunting, or primitive camping, recreations, or scenic areas.”  Because the term “road” was not defined in the Act, the court looked to another statute enacted several years earlier having similar terminology.  That statute, the Illinois Highway Code, defined roads as public ways for motorized vehicles. The Lakefront Trail, where the plaintiff was injured, was not open to public motorized traffic so the court concluded that trail was not a “road” under section 3-107(a) and, thus, the park district was not entitled to immunity under that provision.

The court nevertheless affirmed the circuit court’s dismissal of plaintiff’s action but on the basis of section 3-106 of the Act, which provides immunity for injuries occurring on recreational areas absent willful and wanton conduct. 745 ILCS 10/3-106 (West 2012). Applying the definition of willful and wanton conduct found in section 1-210 of the Act, and based upon a well-developed record, the court concluded that, as a matter of law, the defendant had not engaged in willful and wanton conduct because it took timely corrective action (less than 30 days) after it learned of the crack and obtained its repair.  (The plaintiff was injured before the repair had been completed.)

In his partial dissent, Justice Kilbride agreed with the majority that section 3-107(a) did not apply but disagreed with its disposition based on section 3-106. Citing to evidence that the park district classified the repair as an “emergency” but failed to expedite the repair process or take action to barricade, mark, or otherwise warn patrons of the defect before it was repaired, Justice Kilbride would have remanded the case for a jury determination on the issue of whether the park district acted willfully and wantonly.

In Yarbrough v. Northwestern Memorial Hospital, a closely divided court ruled in favor of the defendant hospital which had moved for summary judgment on the actual and apparent agency claims against it. It does not appear that the case articulates new facets of the court’s apparent agency jurisprudence. Rather, the case turns upon competing views of the significance of facts involving treatment by a free-standing clinic and also upon differing views of how facts inherent within a Supreme Court Rule 308 question are to be approached.

The pregnant plaintiff mother sought treatment at the Erie Family Health Center, which is a Federally Qualified Health Center, to which the defendant Northwestern provides financial support, technological assistance, and strategic support. The plaintiff was treated on several occasions at Erie and delivered a premature child at Northwestern.

After the trial judge denied Northwestern’s motion for summary judgment on the agency claims, Northwestern asked for certification of a Supreme Court Rule 308 question. Both parties submitted questions; the trial judge formulated his own question and then granted certification. The certified question inquired whether apparent agency applied “for the acts of the employees of an unrelated, independent clinic that is not a party to the present litigation?” Both the majority opinion, authored by Justice Theis for herself and three members of the court, and the dissenting opinion, written by Justice Burke and joined by two other members of the court, agreed that there is no per se bar to pursuing a claim based on apparent agency for treatment received outside of the hospital or hospital-owned facility. The point of departure between the two opinions is what should be done with the specific facts of this case after that conclusion was agreed upon. The majority ruled that Gilbert and its progeny should not be read so broadly as to impose vicarious liability under the doctrine of apparent authority on a hospital for the care given by employees of an unrelated, independently owned and operated clinic. In contrast, the dissent contended that the application of a traditional summary judgment analysis would result in the conclusion that a question of fact was presented on the apparent agency question.

A significant aspect of this case is the views of the analysis and permissible range of action by a reviewing court with respect to the underlying order in which the Rule 308 question of law is embedded. May the appellate court always address that underlying order? Stay tuned.