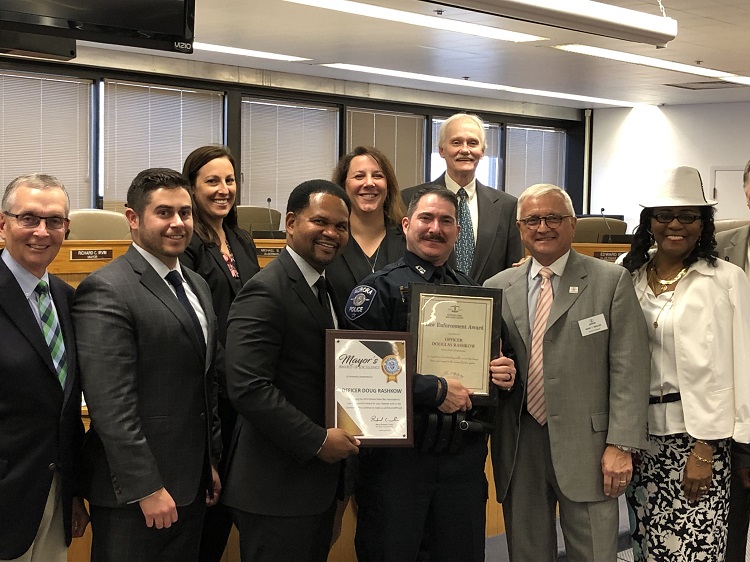 The Law Enforcement Award recognizes sworn law enforcement officers for conduct that promotes justice and to distinguish those individuals whose service to the public brings honor and respect to the entire criminal justice system.

Officer Rashkow was nominated for the award by attorney Deborah Lang, who serves as assistant corporate counsel for the city of Aurora. He was recognized for his diligence in community service, advocacy for domestic violence victims, and continual work with seniors within his community.

Officer Rashkow served in the Aurora Police Department’s Community-Oriented Policing Unit for 12 years, coordinating efforts with various groups to build a strong relationship between youth and the police department. He also served on the department’s Domestic Violence Reduction Unit for five years, where he advocated for victims and promoted programs that educate students about domestic violence.

He currently serves as the elder service liaison officer, working closely with seniors and community partners to provide for those with specialized needs and risks.