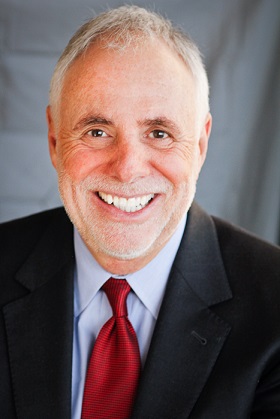 Justice Thomas, 67, became the first Chief Justice from DuPage County when he was elected to that post from 2005-2008. One of the major accomplishments during Justice Thomas’ tenure as Chief was the establishment of the Supreme Court Commission on Professionalism, an outgrowth of the Special Supreme Court Committee on Civility, which was formed in 2001.

Justice Thomas will join the Power Rogers law firm where he will practice with his son, Jonathan. Justice Thomas was represented by firm co-founder Joe Power in a successful 2006 defamation case against the Kane County Chronicle.

The Supreme Court has constitutional authority to fill interim judicial vacancies and has appointed Appellate Justice Michael J. Burke to fill Justice Thomas’ seat effective March 1 through Dec. 5, 2022. Justice Burke has been a member of the Second District Appellate Court since 2008. DuPage County Circuit Judge Liam Brennan has been assigned to the Second District Appellate Court, effective March 2 through Dec. 5, 2022.

Following his graduation from Notre Dame, Justice Thomas played 12 seasons in the National Football League, 10 of them with the Chicago Bears. In the 1977 season, Justice Thomas kicked a 28-yard overtime field goal that sent the Bears to the playoffs for the first time in 14 years, and he remains the fourth leading scorer in Chicago Bears history.

Justice Thomas’ unique career in both football and the law will be highlighted in the soon-to-be released biography, A View From Two Benches: Bob Thomas in Football and the Law. Renowned sportswriter Doug Feldman and former Bears head coach Mike Ditka (foreword) chronicle how Justice Thomas reached the top of two distinct professions. It is available for presale on Amazon.

While still playing for the Chicago Bears, Justice Thomas enrolled in and attended Loyola University School of Law, where he often was seen studying after practice and between games. He was admitted to the Illinois Bar in 1981, and he spent the next seven years in private civil practice with several firms.

Justice Thomas was elected by his colleagues on the Supreme Court to serve as Chief Justice from 2005-2008, making him the first Chief Justice from DuPage County in the Court's nearly 200-year history. Upon his installation as Chief Justice, Thomas acknowledged the path that had brought him there: “Having served in both the trial court and the appellate court, I will never lose sight of the fact that the decisions rendered by the Supreme Court represent a mere sliver of the work that occupies the Illinois courts. Every day, in courtrooms from Lake County to Alexander County, decisions are rendered that will never be published, will never make headlines, and will never be reviewed by the Illinois Supreme Court. But these decisions are important, nonetheless. For they, as much as any decision rendered by the Illinois Supreme Court, affect the lives of real people.” Thomas then committed himself to “serving the cause of justice, to walking humbly, and to never losing sight of the tremendous privilege that it is to wear the judicial robe, and to serve the people of this State.”

The Supreme Court Commission on Professionalism promotes principles of integrity and civility among all Illinois lawyers and judges. “You hear a lot about how the practice of law is different now than in days past when a lawyer’s handshake meant something and a lawyer’s word was his bond,” Justice Thomas said when recommending the Committee. “That may be an oversimplification, but in this day and age with competition in the profession for dollars and clients, activities sometimes degenerate into a Rambo-style, win-at-all cost attitude by attorneys.”

Also during Justice Thomas’s tenure as Chief Justice, the Court gave special attention to the implementation of information technologies that advance the services and functions of the Illinois courts. Among the most visible improvements was the streaming of the Court’s oral arguments in video and audio format on the Court’s website. The arguments are posted on the website shortly after they are formally heard by the Supreme Court.
Justice Thomas’s tenure as Chief Justice also saw the Illinois Supreme Court implement for the very first time a program of mandatory continuing legal education for all active Illinois lawyers and judges.

In his time on the Illinois Supreme Court, Justice Thomas has authored numerous notable opinions, including People v. Lerma (2016), which held that expert testimony concerning the reliability of eyewitness identifications is appropriate in certain cases; DeHart v. DeHart (2013), which for the first time recognized the theory of equitable adoption in Illinois; Ryan v. The Board of Trustees of the General Assembly Retirement System (2010), which held that, as a result of his multiple federal felony convictions, former Governor George H. Ryan had forfeited the pensions he earned while serving in the General Assembly and as Lieutenant Governor; and People ex rel. Madigan v. Snyder (2005), which affirmed the constitutionality of former Governor Ryan’s grant of “blanket clemency” to all 167 of Illinois’ death row inmates.

Justice Thomas was named DuPage County Bar Association's Lawyer of the Year in 2001. In 2005, the Illinois Judges Association honored him with their "Professionalism Award.” He received Loyola University's Distinguished Jurist Award in 2006 and was named "Judge of the Year" in 2008 by the Illinois Chapter of the American Board of Trial Advocates.

In 1999, the NCAA Honors Committee selected Justice Thomas for the prestigious NCAA Silver Anniversary award, which recognizes former student-athletes who have distinguished themselves since completing their college athletics career 25 years ago. In September 2012, he was inducted into the Chicagoland Sports Hall of Fame.

Justice Thomas and his wife, Maggie, reside in Glen Ellyn. They have three children and eight grandchildren with another on the way.