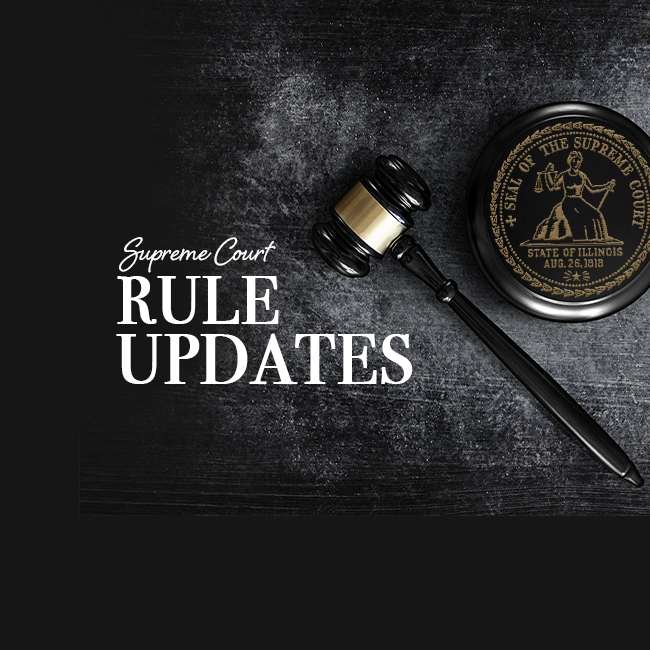 Chief Justice Anne M. Burke and the Illinois Supreme Court announced today the approval of new Rule 14, which will facilitate the expansion of text messaging in Illinois courts by authorizing any Illinois court or county clerk to implement a text message notification program. New Rule 14 is effective immediately.

The Illinois Supreme Court Rules can be found online.

“The pandemic has forced courts to innovate more rapidly than ever before to develop new efficiencies while also maintaining the health and safety of court users,” Chief Justice Burke said. “This new rule provides guidance to courts throughout the state for consistent adoption of this program, which has worked successfully in several jurisdictions.”

The new Rule was also proposed with the ongoing COVID-19 pandemic in mind as a method by which courts can communicate with patrons safely without person-to-person contact.

“This new Supreme Court Rule provides an additional method courts will use to communicate with patrons safely without person to person contact using a simple tool: the cellphone,” Task Force Chair and Fourth District Appellate Court Clerk Carla Bender said. “By adoption of this Rule, the Supreme Court is facilitating electronic  communication through an inexpensive intervention which will serve to assist people in getting to court and avoiding the serious repercussions of failure to appear.”

Text messaging programs are a supplement and not a substitute for any notification required by Supreme Court Rule and any failure to participate in a text messaging program will not be considered or used as evidence against the person in any court proceeding. Participants will be afforded the ability to opt out of the program at any time.

The phone information provided and collected for the purpose of inclusion in a text message notification program under the new Rule will not be made part of the official public court record and shall not be utilized for any other purpose.