Evan Schanerberger Named to 40 Under Forty - Class of 2021 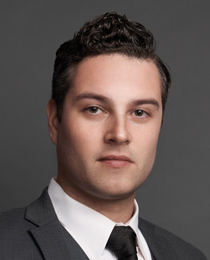 Few attorneys are as knowledgeable or passionate about tax law as is Evan Schanerberger. After 9 years working in local government starting with the City of Chicago, then moving on to Cook County and to the State of Illinois. Today, Schanerberger is an international tax law specialist with the Internal Revenue Service, where he administers tax treaties on international tax reporting.

It's little surprise, then, that this young attorney is known as one of the top tax law pros working in the Chicago market. His peers say that Schanerberger is both a leader in his area of practice and in his committed in bettering the profession, from organizing events, writing articles and contributing to the discussions of proposed legislation.

Shawn Kasserman founding partner at Tomasik Kotin Kasserman said this about Schanerberger, “Evan is one of those lawyers who makes you proud to be lawyer.  Kasserman continued, “Evan is passionate about his role reducing tax evasion on an international level.  As accomplished as Evan is at the IRS his commitment to the ISBA is quite frankly unmatched by any young lawyer I have ever known, and I’ve known some great ones.”

Others praise Schanerberger for the work he does for his industry. Joanne Elliott, founding partner at Chicago law firm Elliott & Associates, said that Schanerberger has a reputation as a bar association leader who gets things done. This includes organizing and holding functions designed to attract and engage young lawers.

Proof of just how talented Schanerberger is in holding networking events? In 2018, he received the Illinois State Bar Association Board of Governor's award for his networking initiatives. Schanerberger is one of the youngest recipients of this award.

"Even is one of the most mature, innovative and tenacious attorneys," Elliott said. "He held some of the most successful young lawyer events in the history of the ISBA. He also is passionate about analyzing cases fairly to get to the fairest results for his complainants."

Chicago attorney David Kupiec, with Kupiec & Martin, said that Schanerberger's leadership has been key for the ISBA as it attempts to attract and engage with new attorneys.

"Evan's leadership in this area was desperately needed, especially at a time when professional organizations like the ISBA were experiencing difficulty in providing mentoring to new attorneys," Kupiec said. "His ability to convince hundreds of new attorneys and existing ISBA members to attend numerous ISBA networking events and mentoring programs immediately after finishing law school is unique and exceptional."

And when it comes to his lawyering skills? Mary Ann Connelly, with the Law Offices of Terrence Kennedy Jr. in Chicago, said that Schanerberger is a natural.

"Evan possesses excellent lawyering skills," Connelly said. "He listens. He is very organized and always prepared. He understands complex tax issues. I have observed his wise and calm demeanor during some very interesting and intense discussions between attorneys during our meetings. He is a born leader."