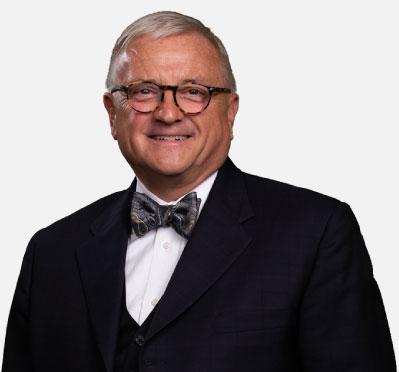 ISBA President-Elect Rory T. Weiler, Partner with Weiler & Lengle PC, was recently awarded 2022 "Lawyer of the Year" for family law in Chicago by Best Lawyers. This award is peer-nominated and is given to just a single lawyer in each location and practice area.

With over 40 years of experience practicing law, Mr. Weiler, who practices in St. Charles, has focused his legal career on family matters, concentrating on complex economic conflicts and child custody cases.

Mr. Weiler is a recipient of numerous honors and awards that recognize his work with indigent clients. Previously he was the recipient of the Kane County Bar Association's Pro Bono Award and the ISBA's John C. McAndrews Pro Bono Service Award. In 2011, he was awarded the National Legal Services Corporation Certificate of Appreciation.

As President-Elect of the Illinois State Bar Association, Mr. Weiler will be installed as President in 2022. He has formerly served as chair for the Association's Family Law Section Council and currently serves on the Board of Directors of the ISBA's charitable arm, the Illinois Bar Foundation.

An active member of the ISBA, Mr. Weiler also holds membership with the Kane County Bar Association. Additionally, Mr. Weiler is a fellow of the American Academy of Matrimonial Lawyers (AAML), where he has previously served on the Board of Directors for the Illinois chapter. At seminars sponsored by organizations including the Kane County Bar Association and the AAML, Mr. Weiler has lectured on numerous family law topics such as financial issues in divorce and child custody litigation.​