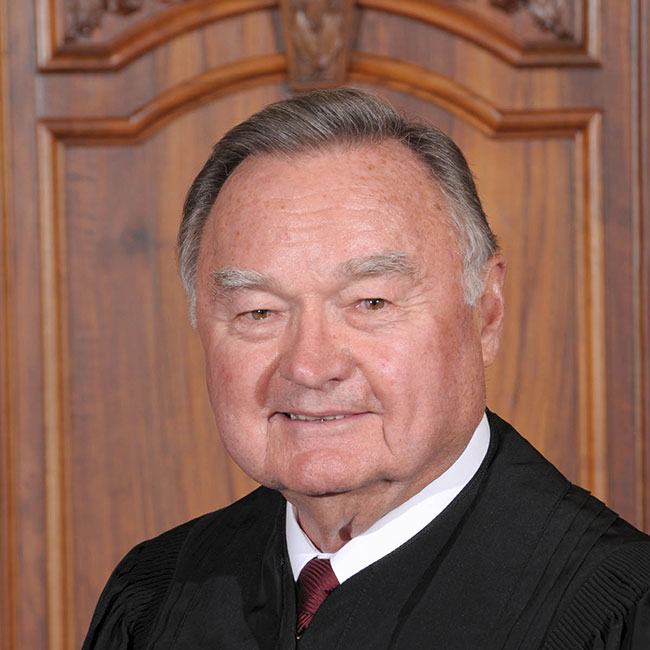 Mark your calendar for the Open House Party in honor of retired Illinois Supreme Court Justice Lloyd A. Karmeier. The retirement party is Saturday, November 6, 2021, from 5:00 p.m. to 8:00 p.m., at the Nashville American Legion (533 E. Legion Drive, Nashville, IL 62263). There will be hors d'oeuvres and a cash bar. All are invited to attend.

Justice Karmeier served as a member of the Assembly of the Illinois State Bar Association from 1996 to 2002, and as chair of the ISBA’s Bench and Bar Section Council.

Justice Karmeier is a life-long resident of Washington County, where he attended a one-room grade school. After graduating valedictorian from Okawville Community High School, he attended the University of Illinois, where he received both his undergraduate and law degrees.

He clerked for former Illinois Supreme Court Justice House from 1964 to 1968, served as state’s attorney of Washington County from 1968 to 1972, and clerked for U.S. District Court Judge James L. Foreman from 1972 to 1973. He was engaged in the general practice of law with the firm of Hohlt, House, DeMoss & Johnson from 1964 to 1986. He was resident Circuit Judge of Washington County from 1986 to 2004, when he was elected to the Illinois Supreme Court. Justice Karmeier was retained in office for a second term as a Justice of the Supreme Court in November of 2014.

Throughout his tenure on the Supreme Court, Justice Karmeier has made frequent appearances before school, civic, and professional organizations to speak about the court’s work. He regularly lectures at continuing legal education programs and contributes articles to the ISBA Bench and Bar Section Council Newsletter. Justice Karmeier was among the recipients of the Illinois Judges Association’s Harold Sullivan Award in 2010 and received the Joseph Bartylak Award from the Lawyer’s Assistance Program in 2015. In January of 2016, Chicago Lawyer Magazine named him Person of the Year.

Congratulations Justice Karmeier on your retirement!