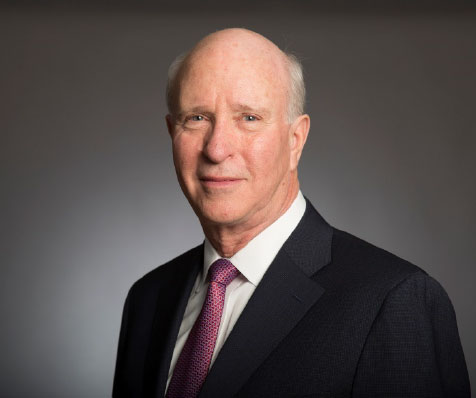 The Illinois Supreme Court has appointed attorney Michael T. Reagan of Ottawa to serve as a member of the Attorney Registration & Disciplinary Commission (A.R.D.C.) Review Board effective on January 1, 2022, and expiring on December 31, 2024. The A.R.D.C. is the Supreme Court agency that investigates allegations of lawyer wrongdoing in Illinois.

Mr. Reagan concentrates his practice in civil trials and appeals at his firm, the Law Offices of Michael T. Reagan. He has tried both jury and bench cases in many Illinois counties and has participated in appeals in every district of the Illinois Appellate Court, in the Illinois Supreme Court, and in the United States Court of the Appeals for the Seventh Circuit.

Mr. Reagan has served on a number of Illinois Supreme Court and Illinois State Bar Association Committees, including the Court’s Committee on Civil Pattern Jury Instructions, for which he also served as Reporter, and the Judicial Performance Evaluation Committee. He has been the President of the Illinois Appellate Lawyers Association and in 2003 was named a Fellow of the American Academy of Appellate Lawyers. Mr. Reagan received the Maloney Tradition of Excellence Award from the Illinois State Bar Association in 2009 and was named a Laureate of the Illinois Academy of Lawyers in 2017. He has given presentations for a host of legal associations and entities and has authored numerous articles for legal publications.

More than eighty employees and over one hundred lawyer and non-lawyer volunteers work for the A.R.D.C. All funds expended by the agency are from annual registration fees paid by Illinois attorneys; there are no tax dollars used to support the disciplinary system. There are two A.R.D.C. offices: 130 East Randolph Drive, Suite 1500, in Chicago, and 3161 West White Oaks Drive, Suite 301, in Springfield.