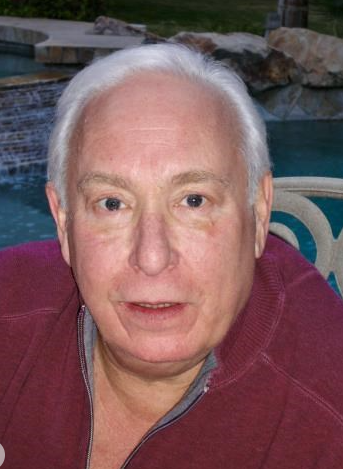 Richard D. Glickman, age 78, beloved husband of Lisa Weimer Glickman, passed away peacefully with his wife by his side.

Richard was born in Chicago and is the son of the late Irene and Erwin Glickman. Preceding Richard in death is his sister Brona ("Lonni") Burrows and her husband, Ralph.

Additionally, Richard was the dear son-in-law of James and Jean Weimer. He will be dearly missed by many other nieces, nephews, cousins, and extended family and friends.

Richard attended the University of Illinois and served in the National Guard while in law school. He was called up during the 1968 Chicago DNC riots where he was issued a rifle with a fixed bayonet to guard the speaker's podium at the Chicago Hilton. Richard found his true calling was the practice of law. He graduated from Chicago-Kent College of Law and practiced law until his death. His expertise was in the area of Illinois Tax Sales and Litigation where he rose to the top of his profession. Richard was admired and respected by many judges, colleagues, and clients. He was a member of the Chicago Bar Association and helped shape the field by assisting in the drafting of many statutes. Richard also helped guide the careers of many young tax purchasers and attorneys. His knowledge, skill, and zealousness in representing his clients was admired by all. One could always hear Richard approaching a courtroom due to his thundering voice which reverberated through the courthouse. He was a force to be reckoned with. In fact, the Illinois Supreme Court just upheld one of Richard's cases. If he did not inform you of the court's decision, you are now aware that he was right.

Richard loved classic rock music and was truly a walking music encyclopedia. If a song came to mind he would start singing it to you and then tell you the entire history of the song. He attended concerts on a regular basis. If you did not run into him there, you could always find him at a sporting event of any kind or an off track betting site enjoying horse racing. Richard had a brilliant mind. He was hard working but also liked to play. He was theatrical, loud, and a lot of fun. He was loyal, honest, and had an iron will. He was a great friend to many and an even more wonderful husband. Hopefully, you were lucky enough to have crossed Richard's path in life. If so, you will never forget him. A moment of silence for Richard is not appropriate because the words "silence" and "Richard" are incompatible. Plus, he most assuredly would not have wanted that. Instead, take your loved one out to dinner tonight and raise a glass to Richard. He will be truly missed.

In lieu of flowers, memorial contributions may be made in memory of Richard to Robert H. Lurie Comprehensive Cancer Center of Northwestern University by contacting Terri Dillon at 312-503-4837 or Email: terri-dillon@northwestern.edu.