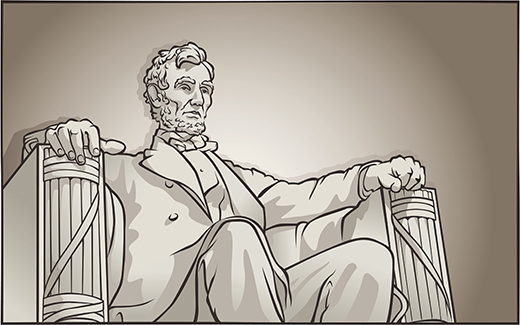 Don’t miss ISBA’s 4th Annual Abraham Lincoln’s Legal Legacy seminar as we take an in-depth look at how to overcome prejudice and racial discrimination in the legal profession. The program takes place at the Lincoln Log Cabin State Historic Site, which was where Lincoln’s father and stepmother eventually moved after their one year near Decatur, Illinois, and where they remained until their death. Just eight miles east lies Charleston, Illinois, which is where Lincoln made several statements about slavery and racial equality during one of his debates with Senator Stephen Douglas. The city also served as the backdrop for at least 24 cases Lincoln had as an attorney, one of which he famously represented a slave owner attempting to have his slaves returned to him.

Join us for this informative, historical look at how far we’ve come as a society – and how far we have yet to go. Topics include: the evolution of Lincoln’s view on racial equality – from his view of the Declaration of Independence up to his “final speech;” the culture of racism in the legal profession and in Illinois during Lincoln’s legal career; the remnants of prejudice and discrimination in the legal profession today and why diversity in the Bench and Bar matters; the ethical issues created by judicial bias or prejudice; the attacks on lawyers and judges that have occurred due to their representation or sentencing of unpopular defendants or cases; and much more.

Posted on August 1, 2022 by Celeste Antoinette Niemann
Filed under:
CLE