Legal Tech in the Blogosphere: Tablets 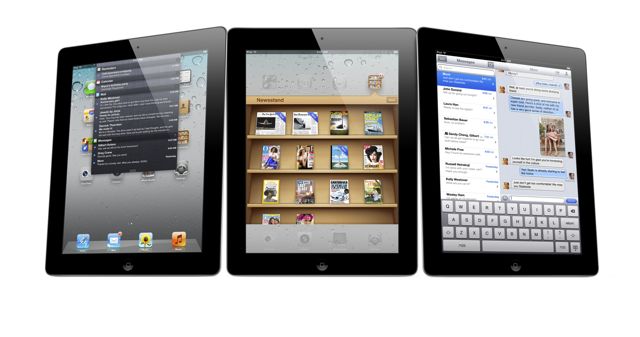 Over the summer, stunning new tablets from Google, Amazon and others have hit the market with prices as low as $200. However, lawyers may want to wait a few weeks before actually making a purchase, argues Jason Gilbert in his article in the Huffington Post, The iPad Mini and Why Now is a Bad Time to Buy a Seven Inch Tablet. That's because Apple is scheduled to announce the iPad Mini on October 23; and Microsoft is scheduled to release its Surface tablet on October 26. He predicts that the reaction of other manufacturers to these new products will be a price reduction. The iPad mini will offer users a reduced footprint and price for a tablet that has the backing of the world's most successful company. The Surface will offer competitive tablet pricing for a device that includes the Microsoft Office software with which the legal community is comfortable.

Microsoft has scheduled the release of the Surface for October 26. It has announced that "The price will be $499, with 32GB of storage. Or $599 if you want one with the slick keyboard cover. And $699 for a 64GB model with the cover," according to Harry McCracken in Time Techland, Microsoft Surface, the Price is out but Mysteries Remain , October 16, 2012. Microsoft is already taking orders for its Surface Tablet with its Windows RT operating system. However, lawyers will probably want to wait for the version using the more robust Windows 8 operating system, which does not yet have a firm release date. Microsoft offers a comparison here. William Caraher at Law.com, wonders, Could Microsoft Win the Tablet Wars? He suggests that the Surface's advanced facility for processing input by pen or stylus coupled with its native Office software may give lawyers everything that they've been asking for since the release of the first iPad.

Some writers, however, have postulated that Apple deliberately selected the announcement of its iPad Mini for October 23 in an effort to steal Microsoft's thunder. The success of the Google Nexus 7 and Kindle Fire tablets, has inspired Apple to enter the 7 inch tablet market. Until it is actually announced, writers can only speculate about its features and pricing. However, what Apple offers lawyers is a wide range of law related apps that roll out with increasing regularity as the market for its mobile operating system matures.

For lawyers who want more portability, but are not yet ready to embrace the tablet world, the advent of the Windows 8 operating system, designed to embrace touch and gesture adapted equipment, has inspired traditional PC manufacturers to release hybrid devices that can operate in either mode. Larry Seltzer at Byte Magazine reviewed Lenovo's new devices on October 9, Lenovo Unveils 'Convertible' Windows 8 Devices. Rick Georges summed up the situation in his FutureLawyer blog by describing it as theInvasion of the Hybrids.

"Legal Tech in the Blogosphere" is written by members of the ISBA's Standing Committee on Legal Technology (COLT).