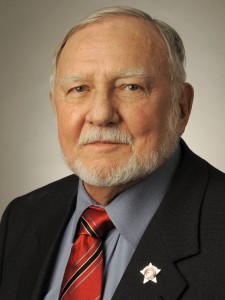 ISBA Laureate Joseph DuCanto, 85, a founding partner of Schiller DuCanto & Fleck, passed away after a brief illness on Friday, Feb. 8.

“Joe” DuCanto, became a founding partner of the Chicago law firm Schiller DuCanto & Fleck in 1981. He devoted himself professionally to elevating the status of the practice of matrimonial law, and of its practitioners.  With his dedicated guidance and support, shared equally by his partners, Schiller DuCanto & Fleck has become one of the most distinguished matrimonial law firms in the country. Best Lawyers in America has named it the number one ranked Family-Law divorce law firm in the United States.

Mr. DuCanto was known throughout the country for preparation and distribution of divorce-tax related materials, including his annual Federal Income Tax Charts, dating back to 1977, which are used today by lawyers, judges, accountants, bankers and financial planners.

Joe was also a prolific writer, who was frequently published in law Journals, including the American Academy of Matrimonial Lawyers. From 2000-2008 Mr. DuCanto wrote “All in the Family”, a monthly column for the Chicago Lawyer,  where he critically examined many newly issued cases, movements, trends and ideas in the practice of family law. Ultimately, a collection of those articles was published in book form.

During the 1970’s and 80’s Joe frequently guest lectured at State Bar conventions, continuing legal education programs and Law Schools. He called for change in the nation's tax laws, and became instrumental in the passage of the 1984 Tax Reform Act that simplified the once convoluted rules and tax consequences of divorce.

Joe was consistently identified as an expert in his field by numerous state and bar associations. He was repeatedly named in Best Lawyers of America and recognized as a “Leading Illinois Attorney." In 2003, Joe was inducted by the Academy of Illinois Lawyers as a” Laureate” of the Illinois State Bar Association, a rare and highly distinguished title in recognition of his many outstanding contributions and achievements.

Mr. DuCanto held a firm commitment throughout all aspects of his life to the utility of education and training. As an Adjunct Professor of Law at Loyola University of Chicago for 26 years, he taught Family Law to many generations of students, and was an active mentor to many former students now practicing, some of whom are also serving as judges of the Illinois courts.

Joe also had a passion for law enforcement. While a partner at SDF,  he founded Securatex Ltd. a private Investigative security guard force company, and served as its President, CEO, and throughout his life, Chairman of the Board.  He became one of the founding members of the Chicago Police Memorial Foundation, and once served as Counsel to the Chicago Police Department where he helped develop practical application of the law on domestic violence and stalking. In addition, Joe served as a member of the Illinois Security Chiefs Association, (ASIS) American Society of Industrial Security, and on the Boards of the Chicago Crime Commission and Special Agents Association. During the tenure of Cook County Sheriff Jim Grady, Joe was appointed and served as a deputy sheriff.

Joe became the recipient of a City of Chicago Proclamation from Mayor Richard M. Dailey, proclaiming February 23, 2005, the 50th anniversary of the battle, to be Iwo Jima Day in Chicago. Then on his 80th birthday, in March of 2007, Joe received a resolution for his integrity, commitment and civic contributions.

Mr. DuCanto authored a summary of his military service titled, “Sea Stories”, which was distributed to 500 young Marines about to depart to Iraq. The publication was printed in several languages, and received worldwide distribution.

He served on the National Board of the Marine Corp Scholarship Foundation, and received its “Semper Fidelis Award” in 2005.  He financed several scholarships in perpetuity for descendants of Marines who have served, honoring all Marines by helping to educate their children.

Despite skipping most of high school for service in the Marines, Joe received a bachelor’s degree from Antioch College in 1952.  Some of his classmates included Coretta Scott, who later became the wife of Martin Luther King Jr. and Rod Serling creator of “The Twilight Zone."

During his final year at Antioch College, Joe was awarded a National Honor Law Scholarship to the University of Chicago, School of Law where he received his Juris Doctorate in 1955. At the University he was President of PSI-Kappa-PSI fraternity.  He also became an assistant to Dean, Edward H. Levi, who later became Chancellor of the university and later, Attorney General of the United States. In Joe’s third year of law school he received a Ford Foundation Fellowship and devoted much of his time working on the famed University of Chicago jury study, the only such in-depth study of the underlying—often deliberately concealed—workings of criminal jury functions and deliberations.

Joe was admitted to the Illinois Bar in 1955, the same year he graduated from law school. In the early sixties, Joe elected to specialize in Matrimonial law, while also working in estate planning and taxation. In 1982 Joe and Donald Schiller became partners and later were joined by Charles Fleck Jr., the result ----- Schiller DuCanto & Fleck.

Born Annunzio DaCunto, in Utica, New York, to the late Joseph DaCunto and Martha Purchine, Joe, was orphaned at 18 months of age and remitted to St. Joseph’s Infant’s Home in Utica, New York. At age four, Joe left the orphanage and became a foster child and welfare recipient until he enlisted in the Marines.

Joe never forgot how isolated and lonely he felt as a child without parents. It was a feeling that fed his desire to help young people in need. He lovingly devoted a portion of his lifetime to the mentoring of many young people in all walks of life. Joe has been equally giving of his time, talent and money to those who can often benefit from the simple knowledge that at least one person cares, as he urged them on to chase their dreams.  Joe would often profess that ordinary kids often grow up to become extraordinary citizens.

Memorial Services will be held at the First Unitarian Church, 5650 South Woodland Avenue, Hyde Park, Chicago on the University of Chicago Campus on Thursday, February 21 at 1pm; and followed by a reception at the Quadrangle Club, on the corner of 57th Street and University Avenue, across the street from the Church. A headstone for Joe will be placed next to his brother at Arlington National Cemetery.

In lieu of recognition in any form, contributions can be made to Joe’s favorite charity; the Deans Discretionary Fund of the University of Chicago.