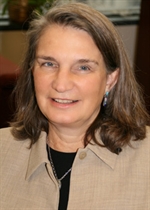 Elizabeth “Betsy” Clarke, president of the Illinois-based Juvenile Justice Initiative, was recognized recently for her tenacious work on behalf of young people in trouble with the law. Clarke is the second recipient of the Beth Arnovits Gutsy Advocate for Youth Award, which is given annually by the National Juvenile Justice Network to individuals who advocate for youth justice and juvenile justice reform and who embody "the tenacity, vision, fearlessness and wisdom of Beth Arnovits."

“Betsy Clarke was a natural choice for the Gutsy Youth Advocate award,” said Sarah Bryer, director of the National Juvenile Justice Network. “You only have to look at her longstanding commitment to the field of juvenile justice reform, her support of and engagement in national level reform work, and her tremendous success as an advocate for her vision for change on both the local and national levels… She’s done amazing things.”

The award was given August 1, 2013, at an annual gathering of juvenile justice advocates from across the country, recognizing Clarke as one of the foremost leaders in juvenile justice reform in the country. Thanks to her work, Illinois was the first state in the nation to reverse state laws requiring that certain youth be tried in adult court – as a result, in the first two years that followed, nearly 500 youth of color received individualized assessment and treatment in juvenile court rather than being tried as adults. She also helped persuade the Illinois General Assembly to fund a pilot program called Redeploy Illinois, aimed at increasing the use of alternatives in the community to hold kids accountable instead of secure confinement, which has been shown to be ineffective and damaging to kids. Between 2005 and 2010, Redeploy Illinois reduced youth commitments to Illinois prisons by 51 percent (from 1,737 youth to 854). During that period, the 28 participating counties kept 883 youth away from state prisons, saving the state an estimated $40 million. More recently, Clarke led a successful effort to expand Redeploy to more Illinois counties, and another to require that 17-year-olds in Illinois fall under the jurisdiction of juvenile court instead of adult court.

In addition, Clarke was instrumental in founding the National Juvenile Justice Network—which leads a national movement of state-based organizations seeking to make the juvenile justice system fair, equitable, and age-appropriate—and the Midwest Juvenile Defender Center, a national organization dedicated improving access to legal counsel and improving the quality of representation for children in the justice system.

When she was notified about the award, Clarke made a point of remembering Beth J. Arnovits, the longtime juvenile justice reformer in whose honor the annual “gutsy” award is given. “Beth never missed an opportunity to find the fun and funny side of life and work,” said Clarke. “She managed to dedicate herself to kids in trouble with the law, while also living a full and rich life with fascinating travel, friends and joy. I hope that spirit will carry through in NJJN, too—the joy of advocating for kids in trouble with the law.”

The National Juvenile Justice Network is made up of 43 juvenile justice coalitions and organizations in 33 states that advocate for state and federal laws, policies and practices that are fair, equitable and developmentally appropriate for all children, youth and families involved in—or at risk of becoming involved in—the justice system. For more information, visit www.njjn.org.